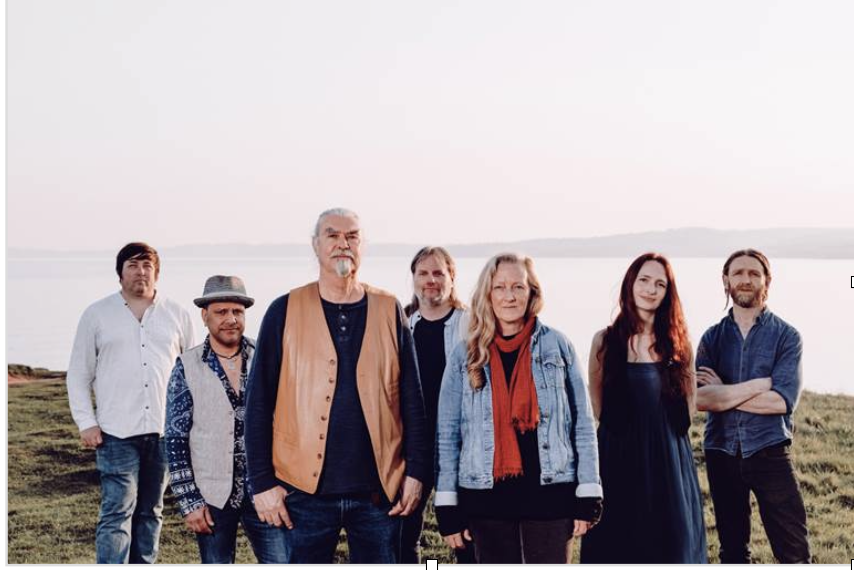 “With the Gigspanner Big Band, Peter Knight has assembled a group of musicians intent on making some of the most important and exhilarating art ever to sit under the banner of folk music”.           FRUK

Although East Anglia is a far cry from the rugged South West Coast Path, the stories are universal. FolkEast are proud to be involved in supporting this new work and to watch it evolve.

The Salt Path is Raynor Winn’s Sunday Times best-selling memoir of walking the South West Coast Path in its entirety. It has won global praise for its ‘against all odds’ uplifting message, and its frank exploration of the reality of homelessness.

The Salt Path is one couple’s story, but such a well-trodden path must hold many more stories of loss, love and the natural world. Perhaps these stories could be found in the form of traditional songs and tunes that have been left behind and saved for us due to the diligence of song collectors such as Cecil Sharp.

This seed of an idea has developed into an exciting collaboration between Raynor Winn and The Gigspanner Big Band, a collective of some of the most high-profile names on the British folk scene.

Together, Raynor and the Gigspanner Big Band will celebrate, in traditional songs and newly written words, this “630 uninterrupted miles of coastline, crossing wild headlands with the calls of oystercatchers, and the smell of salt laden air ever present” (Raynor Winn ~ Ambassador of the South West Coast Path).

The Gigspanner Big Band are a unique force in British folk music...

Their high-energy, virtuosic performances appeal equally to traditionalists and to those looking for something more experimental, and they have garnered praise from publications as varied as fRoots, The Telegraph and The Wire, where they were described as ‘melodically folk-rooted yet open and innovative beyond the constraints of genre’

Characterised by riotous inventiveness, technically gifted individual playing and subtle collaborative interaction, this coming together of several of the biggest names on the folk-roots scene, combines a deep knowledge of roots traditions with a ceaselessly boundary pushing approach.