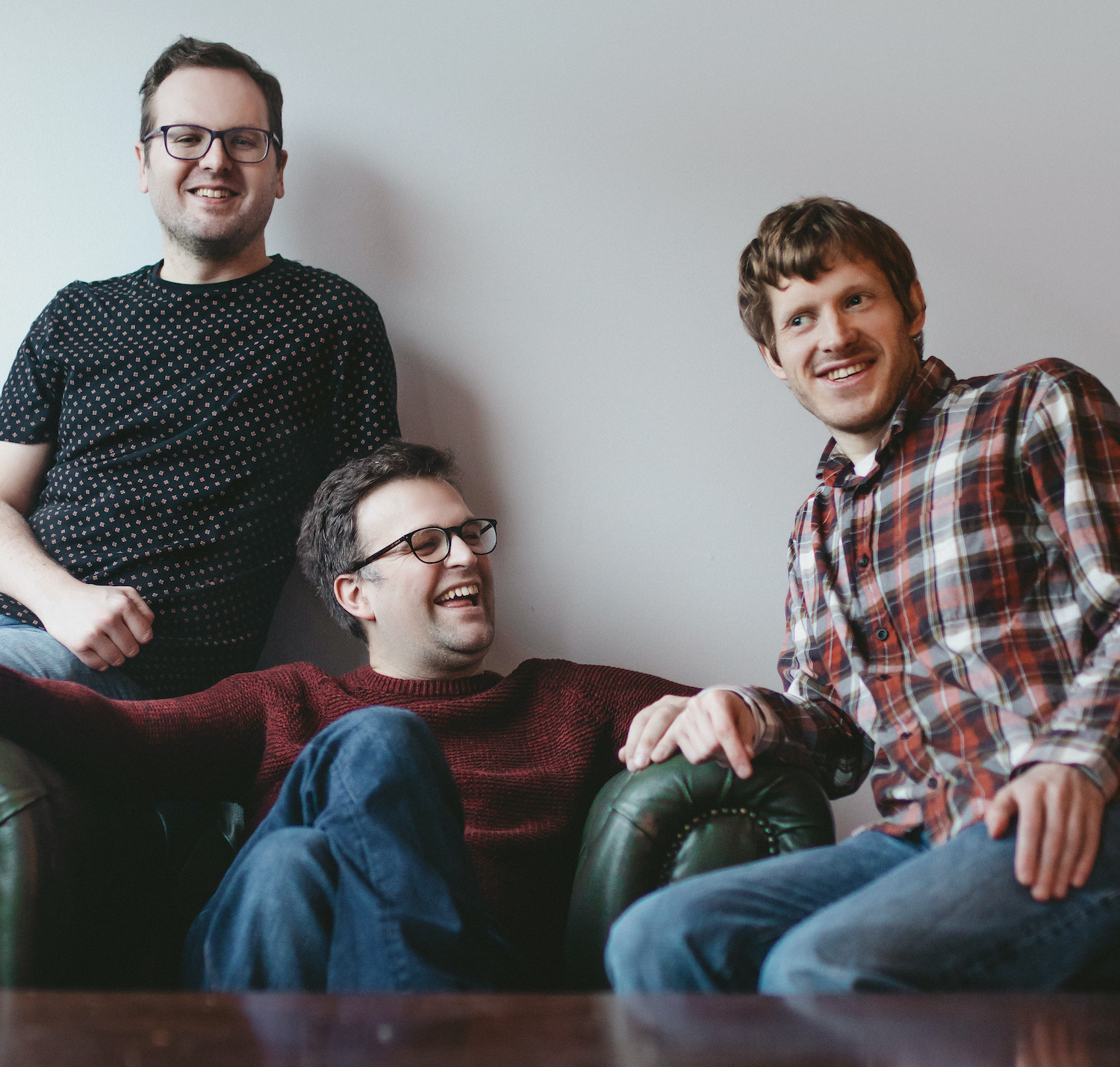 In 2014, FolkEast introduced The Young’uns as patrons to the festival.

Nearly twenty years after accidentally stumbling into the alien world of their local folk club as drunken teenagers, (and gaining their cureless name in the process) these three thirtysomething friends from Stockton and Hartlepool have never lost the joy of that first night of singing together. Whether performing at Glastonbury Festival, writing a song about pigs with a group of school children, or presenting a programme on Radio 4, Sean Cooney, Michael Hughes and David Eagle are just the same.

In   announcing their”patronship” they wrote  ” We are extremely  happy and proud to have been asked to be patrons of FolkEast. The fact that they chose us is only proof that the organisational team are obviously remarkably savvy and intelligent people and that the festival is in safe hands. I’ll let you make up your own minds as to whether that was tongue-in-cheek or whether we are just massively egotistical. But we are truly thrilled to be patrons and we’re looking forward to debuting various new and exciting projects and performances over the years.”

Since then,  the multi BBC Radio folk award winning trio and FolkEast have come a long way together. 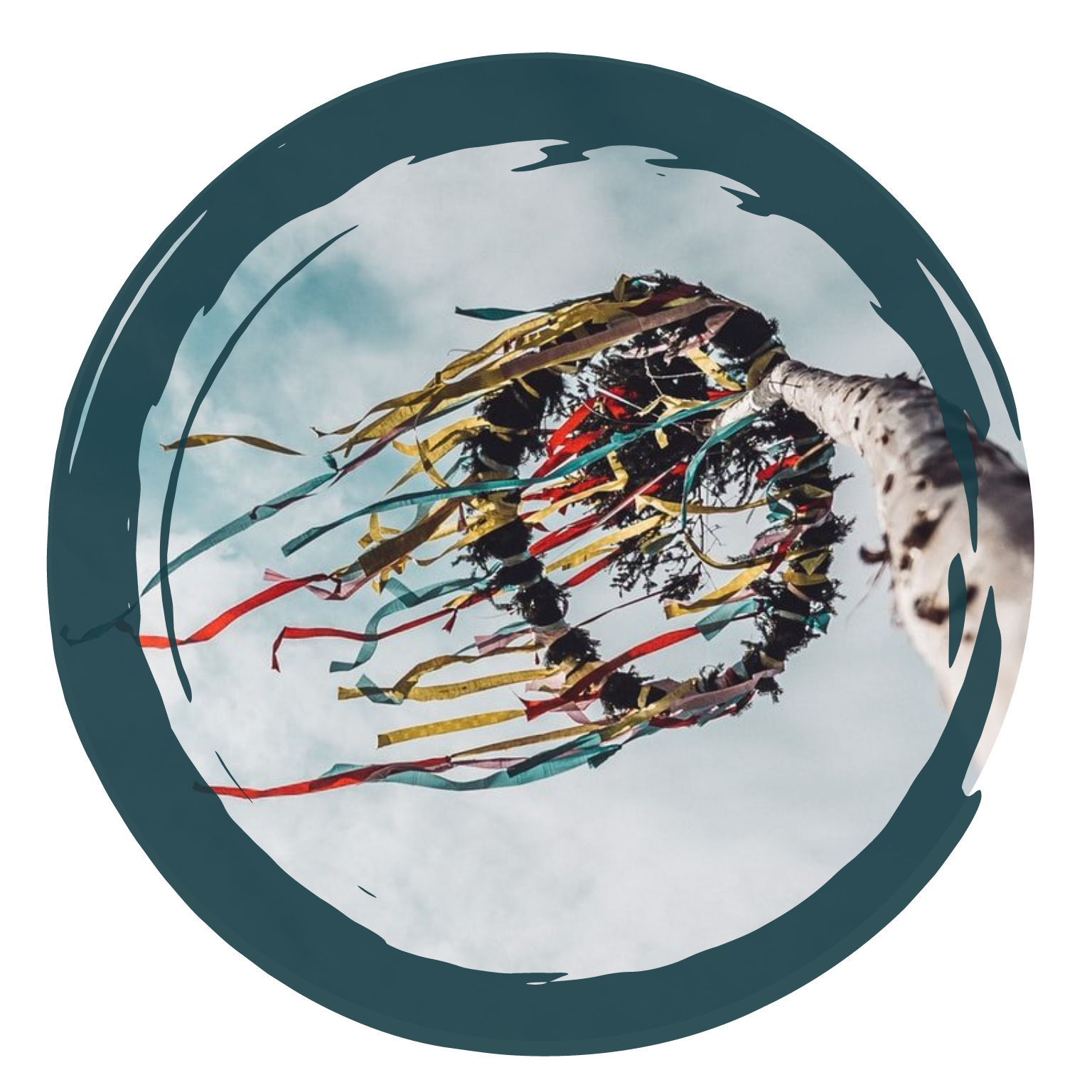 Tradfolk.co was launched in November 2021 as a place to celebrate traditional folk culture, largely (but not specifically) from the UK. Since it arrived on the scene, it has quickly attracted an engaged community of musicians, Morris dancers, artists, folklorists, and tradfolkies in general. If that sounds like the kind of thing you love, take a look at the website. The more the merrier.

Founded and edited by a former Time Out editor and folk musician, Jon Wilks, Tradfolk.co publishes chunky interviews with people involved in keeping traditional arts alive, a series of articles on Customs Uncovered, reviews of albums that have their roots in traditional music, and possibly more up-to-date Morris dancing news than is perhaps sensible (Jon promises he didn’t intend it to be that way – once he started, they wouldn’t let him stop).

“We’re so pleased to have been invited to FolkEast this year,” he says, “and to be offered the chance to work together as media partners after so brief an existence – we’re so thankful to Becky and John. We love how FolkEast combines the homely with the innovative, and I can’t wait to see what new collaborations they manage to pull out of their hats this year. We’ll be running a little FolkEast hub on our website in the run-up to the festival and throughout the weekend, so keep an eye on that for behind-the-scenes videos, interviews with the artists, videos, live blogs… we’ve got so many plans!”

Jon will also be interviewing some of the artists on the Shuck Stage throughout the festival, and running one of the late-night campfire singarounds. See the schedule for further information, and head to Tradfolk.co or the Tradfolk Instagram (@tradfolketc) to find out more.

St Elizabeth Hospice is an independent Suffolk charity, which every year delivers care to over 3,000 patients and their families throughout East Suffolk, Great Yarmouth and Waveney, who are living with a progressive or life-limiting illness. Their work is centred around an individual’s needs,  providing specialist support wherever it is needed, in your home, in the community or at the hospice.

Ever since the FolkEast Rummage Tent came into being, St Elizabeth Hospice has been a part of it to raise awareness and funds for the work they do.  Throughout the year , their retail outlets put aside a variety  of  items, clothes, hats, games  ,just for FolkEast, to provide an amazing pop-up shop where you can get just about anything.

St Elizabeth Hospice is the  official charity partner for FolkEast 2022.