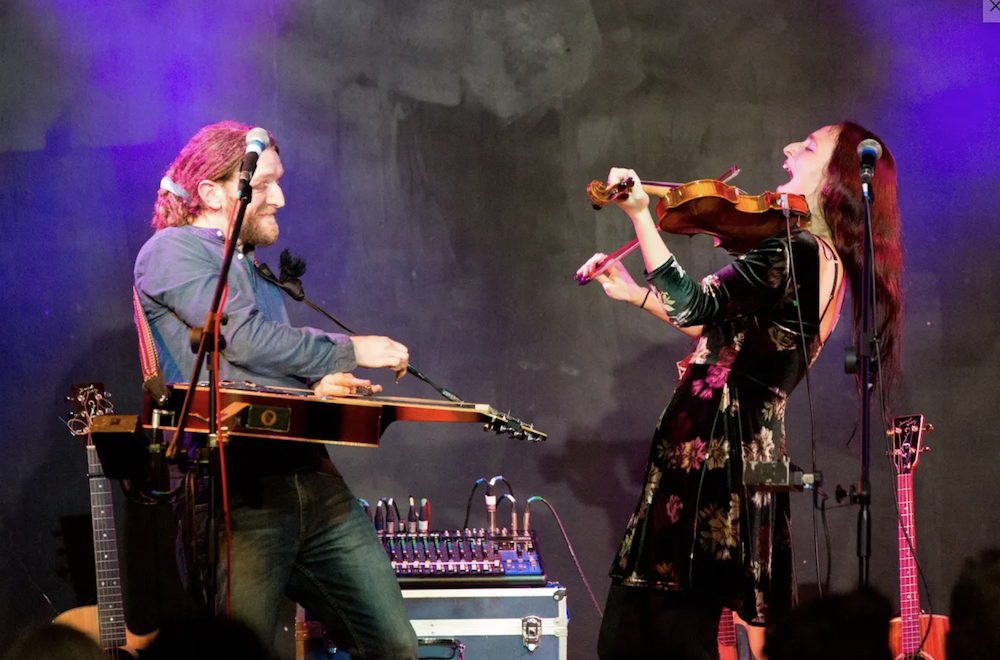 “Extraordinary…I was blown away by them!” – Tom Robinson, BBC 6Music

“Extraordinary…I was blown away by them!” – Tom Robinson, BBC 6Music

Edgelarks began their musical journey together living in a small caravan in the hills near Exmouth, Devon, UK. Phil had returned, Chatturangui in tow, from studying slide guitar in India with the master musician Pandit Debashish Bhattacharya. Hannah had grown up playing fiddle at traditional folk sessions. The pair met when they were both recruited to alt-roots outfit The Roots Union, travelling from festival to festival, tent to tent, wandering the highways, byways, and old forgotten pathways of these islands. When the band folded, Phil and Hannah formed a duo. They followed in the footsteps of the ancient troubadour tradition, picking up tunes, songs and stories along the way. Spotted busking on the seafront at Sidmouth Folk Festival by champion of independent music Steve Knightley, they soon found themselves touring nationally, supporting the likes of Show of Hands and Seth Lakeman, and eventually winning the prestigious Best Duo award at the 2014 BBC Folk Awards.

A busy collaborative period has included work as part of the Gigspanner Big Band (featuring members of Bellowhead and Steeleye Span); and performing at BBC Radio Two’s Festival In A Day to a Hyde Park crowd of 50,000 – supporting Kylie Minogue!